Tomorrow, IDW Publishing will release Star Trek: Year Five #23, but fans can have a sneak peek at the issue today.

In Year Five #23, “A Tholian horde bearing down on Earth, a time-traveling madman out for blood, a rot festering within the highest levels of the Federation that’s about to explode – and that’s just where we begin! The biggest battle the Enterprise and her crew have ever faced continues in part two of the amazing three-part finale of Star Trek: Year Five.”

Written by Jackson Lanzing and Collin Kelly, and featuring art by Stephen Thompson and covers by Thompson, and J.J. Lendl; Star Trek: Year Five #23 will be thirty-two pages in length and will cost $3.99. 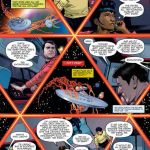 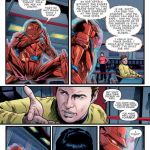 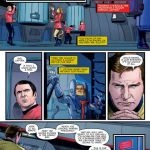 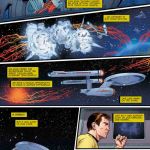 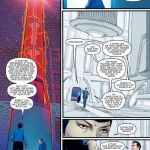