IDW Publishing‘s Star Trek: Year Five #21 will be released tomorrow, but fans can have a sneak peek at the issue now.

In Year Five #21, “with Spock still missing, the crew of the Enterprise needs to figure out where-and when-he is if they want to save the future! Meanwhile, on Vulcan, Spock is faced with a choice that won’t only change his life, but Vulcan society as he knows it!”

Written by Brandon Easton, and featuring art by Silvia Califano and a cover by Stephen Thompson, the thirty-two page issue will cost $3.99. 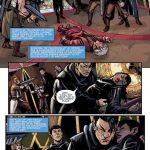 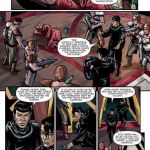 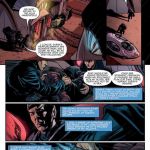 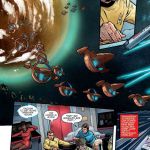