“This volume – written by veteran Star Trek authors Marcus Riley, Ian Chaddock, and Mark Wright – opens with the fearsome ships operated by Star Trek‘s greatest villains: the Borg, including the Borg Cube and Sphere, the Borg Queen’s Ship, the Renegade Borg Vessel and the Borg Tactical Cube. Beyond the Borg vessels, fans can take a deep dive into thirty-five-plus ships operated by the various species Captain Janeway and the U.S.S. Voyager crew encountered during their adventures in the Delta Quadrant, spanning from A (the Akritirian patrol ship) to K (the Krenim warship).

“The ships are illustrated using the original CG models created for the show, which have been retrieved from the archives, uncovering some hidden gems that will delight fans who thought they knew everything. Riley, Chaddock, and Wright complement the illustrations with detailed technical overviews and operational histories. The Borg and Delta Quadrant: Akritirian To Krenim will be followed later this summer by The Delta Quadrant: Ledosian to Zahl, which profiles more than fifty ships of the Delta Quadrant species, among them the Lokirrim Warship, the Species 8472 Bioship and the Vidiian Warships.”

Episodes by series and season

If you are a big fan of the Borg, Star Trek: Voyager or ships, you will enjoy this book. If you’re a fan of all three, you’re going to love this book.

Each ship includes data on that ship, where the ship was seen, and pictures of those ships. For the Borg section, Borg vessels were seen in Trek shows from The Next Generation through Star Trek: Enterprise. For the Delta Quadrant ships, all were seen in Star Trek: Voyager.

This is an excellent reference book for Borg ships and especially for the ships of the Delta Quadrant and a must-have for fans. And the second book in this series is due out on July 6, so you won’t have long to wait to see the ships from L-Z.

Star Trek: The Borg and Delta Quadrant: Akritirian To Krenim is available as a hardcover for $28.46 on Amazon. To order, head to the link located here.

Click on the thumbnails below to see some of what is included in the book. 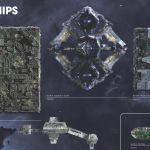 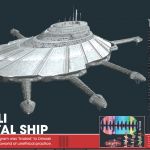 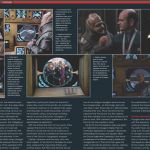 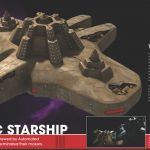 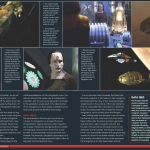