The USS Nog is of course named in honor of Aron Eisenberg, who portrayed Nog on Deep Space Nine and who passed away in 2019, and the USS Le Guin was named for speculative author Ursula K. Le Guin. The USS Maathai is named after Green Belt Movement founder Wangari Maathia, and the Angelou class is named for poet Maya Angelou. 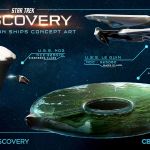 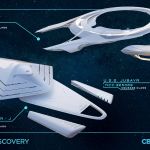 Star Trek: Discovery - What To Expect Next Season

One Night Only - Woman In Motion Nichelle Nichols Film