IDW Publishing‘s Star Trek: Voyager: Seven’s Reckoning #2 comic is out tomorrow, but fans can see a preview of the issue today.

In Seven’s Reckoning #2, “Seven of Nine’s commitment to the Prime Directive will be put to the test as she finds herself being pulled deeper and deeper into an ancient conflict between two classes of the same alien species. And after a startling discovery, it seems like old grudges may spiral into all-out rebellion.”

Written by Dave Baker, Seven’s Reckoning #2 features art and a cover by Angel Hernandez, and another cover by Jeffrey Veregge.

The thirty-two page issue will sell for $3.99. Click on thumbnails to see full-sized images. 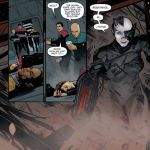 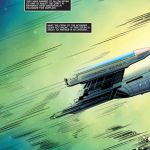 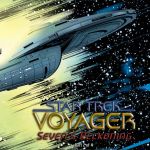 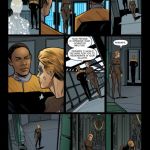 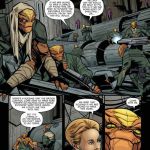