In Moist Vessel, “Captain Freeman seeks the ultimate payback after Mariner blatantly disrespects her in front of the crew. A well-meaning Tendi accidentally messes up a Lieutenant’s attempt at spiritual ascension and tries to make it right.”

Click on thumbnails to see full-sized photos. The preview for Moist Vessel can be seen here. 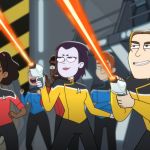 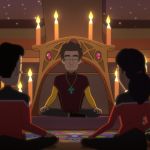 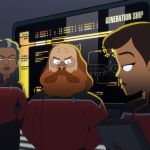 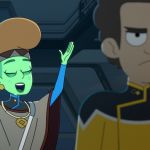 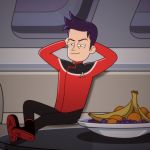