In Second Contact, “Ensign Tendi has her first day of work on Starfleet’s U.S.S. Cerritos, where she meets fellow support crew members, Ensigns Mariner, Boimler and Rutherford. Meanwhile, Boimler is tasked with a secret special assignment and Rutherford attempts to keep his dating life intact while a sci-fi disaster strikes the ship.” 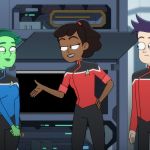 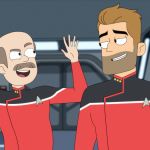 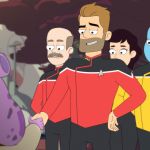 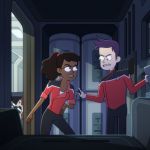 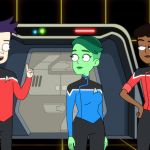 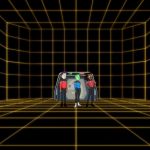 Below are four character promos:

The rebellious trendsetter that always gets the job done her way. @TrondyNewman is Ensign Mariner. #StarTrekLowerDecks pic.twitter.com/kleOKICome

The medic that’s unflappable in the face of any crisis. @RealTomHankz is Ensign Tendi. #StarTrekLowerDecks pic.twitter.com/ariQsJJKRf

The cyborg that keeps it together when everything is falling apart. @eugcordero is Ensign Rutherford. #StarTrekLowerDecks pic.twitter.com/7tNPmIcHKa

Alone Together: A DS9 Companion