While many are stuck inside for a while, it’s a good time to check out a few covers and preview pages from some of the Star Trek books due out between now and June.

The Unsettling Stars is due out on April 14, and is an original novel based on the Abramsverse Trek characters. In The Unsettling Stars, “this bold new novel follows Captain James T. Kirk and an inexperienced crew commandeering a repaired U.S.S. Enterprise out of spacedock for a simple shakedown cruise. When a distress call comes in, the Enterprise must aid a large colony ship of alien refugees known as the Perenorean, who are under siege by an unknown enemy. But Kirk and his crew will find that the situation with the peaceful Perenorean is far more complicated than they bargained for, and the answers as to why they were attacked in the first place unfold in the most insidious of ways…”

Fans can pre-order The Unsettling Stars from Amazon here, where it will cost $14.40. It will also be available in a Kindle version.

The cost for the hardback book will be $34.95 and it can be pre-ordered here.

Click on the thumbnails to see the preview pages for the U.S.S. Voyager book. 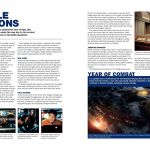 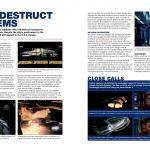 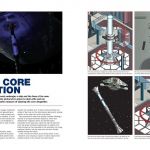 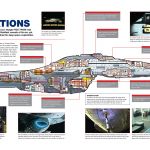 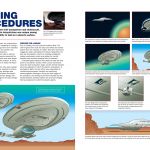 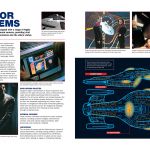 Next up is Star Trek: The Original Series: Agents of Influence by Dayton Ward. This original series book, due out June 9, features a gorgeous cover. Here is a description of the story: “For years, Starfleet Intelligence agents have carried out undercover assignments deep within the Klingon Empire. Surgically altered and rigorously trained in Klingon culture, they operate in plain sight and without any direct support, while collecting information and infiltrating the highest levels of imperial power. Their actions have given Starfleet valuable insight into the inner workings of Klingon government and its relentless military apparatus.

“After three of Starfleet’s longest serving agents fear exposure, they initiate emergency extraction procedures. Their planned rendezvous with the USS Endeavour goes awry, threatening to reveal their activities and the damaging intelligence they’ve collected during their mission. Tasked by Starfleet to salvage the botched rescue attempt, Captain James T. Kirk and the crew of the USS Enterprise must discover the truth behind a secret weapons experiment while avoiding an interstellar incident with the potential to ignite a new war between the Federation and one of its oldest adversaries.”

Head on over to Amazon here to pre-order your copy. Agents of Influence will cost $16.00 in paperback, and will also be available for $11.99 as a Kindle eBook.

Finally, for some lighthearted comic relief, look for Star Trek Nerd Search: Quibbles with Tribbles by Glenn Dakin, which will make its debut on June 30.

Here is a description of Quibbles with Tribbles: “It’s a puzzle book, Jim, but not as we know it. This is no conventional ‘search-and-find.’ Each of its detailed, full-color pages is packed with out-of-context items and cosmic continuity errors that only a true fan can spot. It would be illogical to resist this challenge, when the accuracy of the whole Trek universe is at stake.

“Captain Kirk, Mr. Spock and the Enterprise crew have discovered that a series of exploding Tribbles have been hidden by the Klingons in locations visited by the Enterprise. Kirk and his crew must seek and find each exploding Tribble. At the same time, fans must spot items from every story in The Original Series, also concealed in the pictures. This is next-level Where’s Waldo for adult fans, plus a chance to save the galaxy into the bargain!

“The book opens with an article exploring the grand tradition of fans spotting continuity gaffes in the world of Star Trek. Then this is followed by an explanatory spread telling the reader how to use the book. A feedback session at the back clears up all quibbles with Tribbles and debates about the non-interference directive!

Click on the preview pages to see full-sized images. 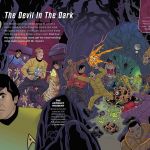 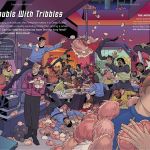 All preview pages courtesy of Amazon, Eaglemoss, and The Trek Collective.

Cox's A Contest of Principles Coming This Fall