In the Valentine’s Day Special, “James T. Kirk has had many loves during his mission among the stars, but this time he may have met his match in fellow Starfleet Captain Laura Rhone. This special story by award-winning writer of prose, comics, and television Paul Cornell takes Captain Kirk to where he has never gone before!”

Written by Cornell, and featuring art by Christopher Jones, covers by Jones and Derek Charm, the thirty-two page issue will cost $3.99.

Click on thumbnails to see full-sized images. More preview pages can be seen at Comics Continuum. 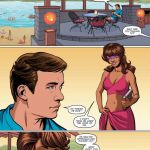 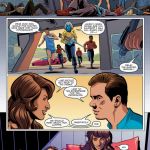 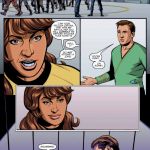