“As captain of the legendary U.S.S. Enterprise, James T. Kirk engaged in his share of fisticuffs, besting opponents with a slick combination of moves and guile that remains unmatched. Is there anyone you’d rather have watching your back as you take on Klingons, alien gladiators, genetically engineered supermen, and even the occasional giant walking reptile?

“Kirk Fu is a series of unarmed combat techniques developed by one of Starfleet’s most celebrated starship captains over several years of encounters with alien species on any number of strange new worlds. A blend of various fighting styles, Kirk Fu incorporates elements of several Earth-based martial arts forms as well as cruder methods employed in bars and back alleys on planets throughout the galaxy. It is as unorthodox in practice as it is unbelievable to behold. Including excerpts from Kirk’s own notes and personal logs, the Star Trek: Kirk Fu Manual is the perfect training guide for surviving the depths of space. With proper training and practice, every Starfleet cadet can become one with Kirk Fu.” 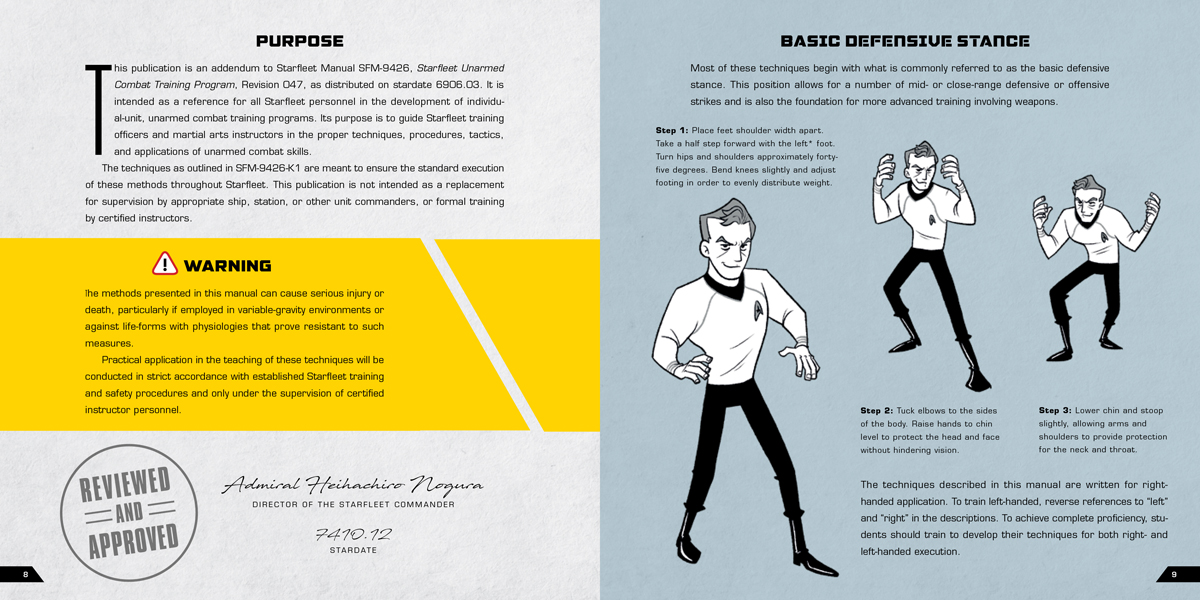 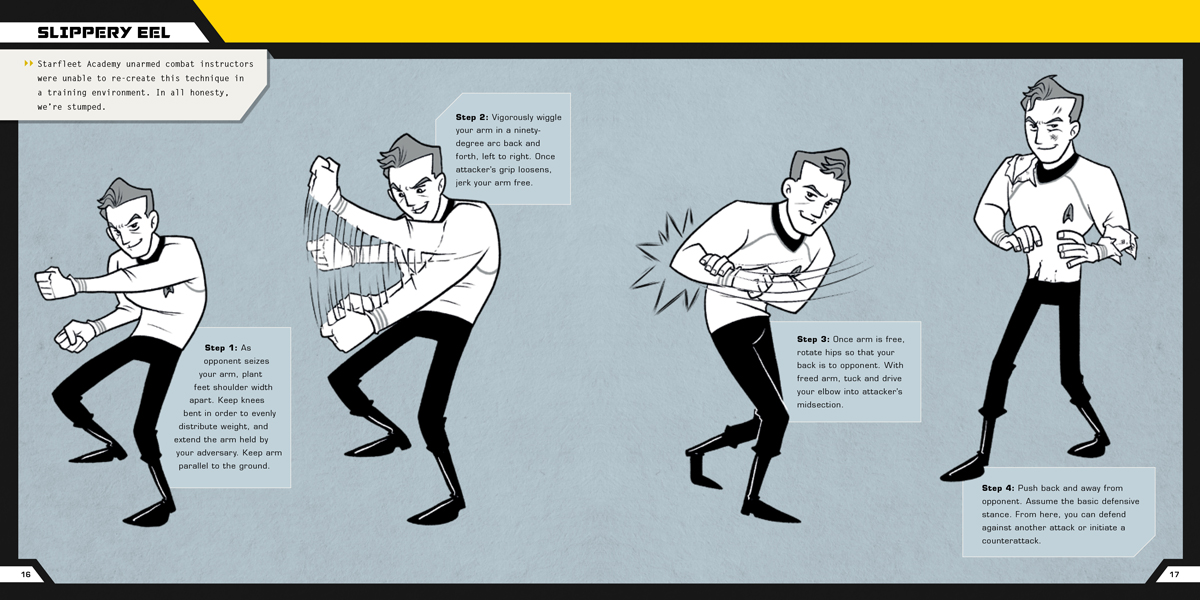 The Star Trek Kirk Fu Manual will make fans of the original series smile as they remember the many times Kirk karate-chopped or drop kicked his way out of a sticky situation on some alien planet or even onboard the USS Enterprise.

The book begins with an introduction by the good captain, explaining to senior cadets the moves that more often than not saved his bacon. Then each defensive move is explained to the cadet, followed by an explanation of where the move was used (for fans – the specific episode) and finally there is a two page break-down on how to use the technique. Cautions/warnings are given and there is the occasional sarcastic remark, such as this one explaining the lateral body block. “While attempting to re-create this technique, Starfleet Academy instructors concluded that it works best if your opponents decide to begin falling backward on their own just before you make body contact. Your results may vary.”

Twelve different techniques are shared in all, followed by a test for the senior cadets, and then the answer key to the test. Finally, a certificate of training is included for those cadets who pass the test and of course senior cadets will pass this test!

For those cadets lucky enough to be Vulcans, or humans other than Kirk who are able to learn how to learn this, a bonus section features the Vulcan Neck Pinch. Why get your butt kicked all over the ship when a simple neck pinch will drop your adversary to the deck?

The book was a fun read and brought a smile, not an easy thing when your reviewer was sitting in a dentist’s office after having slept for only four hours. The bit about “falling backwards on their own” made me laugh aloud.

The color illustrations showing Kirk employing his “Kirk-Fu” techniques were appealing. I won’t tell you which episodes were featured – for that you’ll have to buy the book – except to say that it was satisfying to see Kirk karate chop a Nazi.

I really enjoyed the book, and so will you. It will bring a smile to your face and the next time you watch your favorite episodes and Kirk does his Flying Drop Kick or the Box Lunch, you’ll say to yourself, “Hey, I recognize that move. It’s the …” 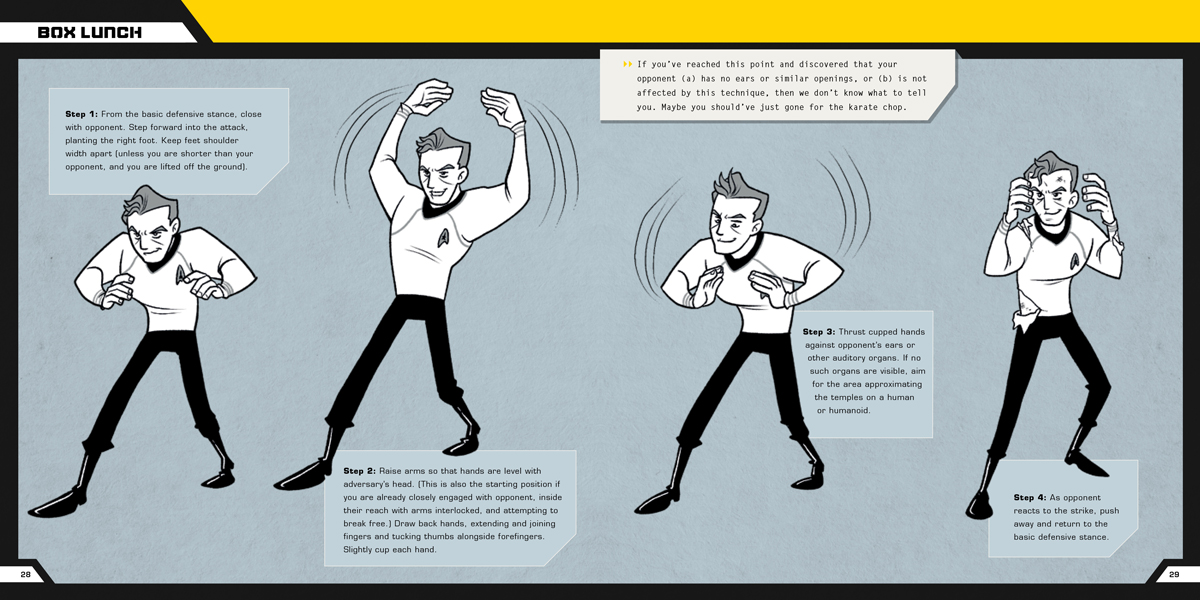 Picard: The End Is The Beginning Preview Pictures