Tomorrow, two new IDW Publishing Star Trek comics will debut, but fans can have a peek at the issues now.

In Countdown #2, “As the situation on the Romulan colony continues to unravel, Picard finds himself faced with a difficult choice that will affect millions. The official countdown to the Star Trek: Picard series on CBS All Access continues here!”

Written by Mike Johnson and Kirsten Beyer, Countdown #2 features art by Angel Hernandez and a cover by Sara Pitre-Durocher. The thirty-six page issue will cost $4.99. 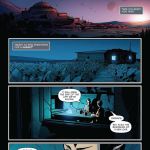 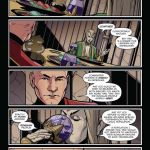 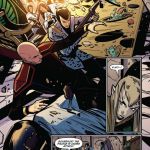 In Star Trek: Year Five #9, “After their close call with the Tholian Assembly, the crew of the Enterprise escorts Ayal back to their home planet, only to find a society teetering on the brink of catastrophe. The final voyages of the original five-year mission continue here!”

Written by Jackson Lanzing and Colin Kelly, and featuring art by Silvia Califano, and covers by Stephen Thompson, and J.J. Lendl; Star Trek: Year Five #9 is thirty-two pages in length and will cost $3.99. 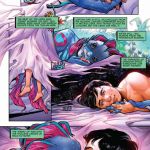 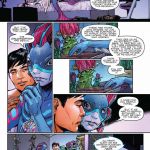 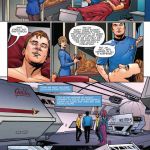