IDW Publishing‘s Star Trek: Voyager: Mirrors & Smoke #1 will arrive later today, but fans can have a sneak peek at the issue now.

In Mirrors & Smoke #1, “Stranded far from the ruins of the Terran Empire, Captain Janeway of the rebel ship Voyager has crowned herself Pirate Queen of the Delta Quadrant! Of course, the locals won’t give in without a fight-especially not scavengers Neelix and Kes. And who is this apparent Terran who calls herself Annika Hansen? Find out in Mirror Voyager‘s amazing comic book debut!”

Written by Paul Allor, and featuring art by J.K. Woodward, and covers by Woodward and George Caltsoudas; Mirrors & Smoke #1 is thirty-six pages in length and costs $4.99. 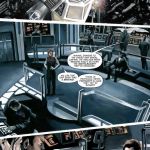 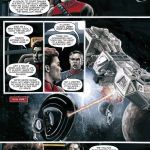 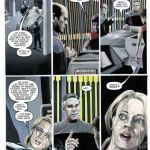