A new Star Trek: Short Treks was announced at the New York Comic Con this weekend and is available for streaming now on CBS All Access in the U.S. and CTV Sci-Fi Channel (formerly Space) and Crave in Canada. There is no word yet on when it will air in other parts of the world.

Titled Q&A, the new Short Treks is a short story that “follows Ensign Spock’s [Ethan Peck] first day on the USS Enterprise.” While taking a turbolist with Number One (Rebecca Romijn), they end up being stuck inside when the turbolift malfunctions.

Captain Pike [Anson Mount] also features in Q&A towards the end of the short episode.

And more is set to come for fans hungry for Star Trek. There will be five more Star Trek: Short Treks. Here is the schedule for the episodes:

Below are ten preview pictures from Q&A. Click on the thumbnails to see them. 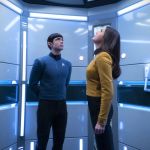 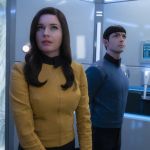 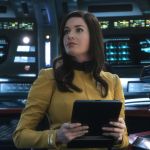 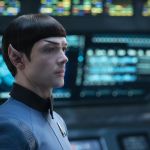 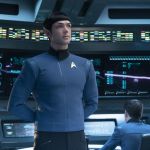 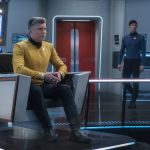 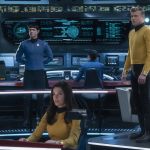 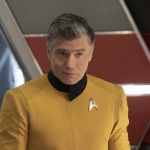 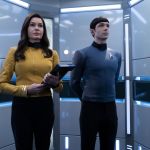