IDW Publishing‘s Star Trek: Year Five #6 debuts tomorrow, but fans can have a sneak peek of the issue today.

In Year Five #6, “With the crew at each other’s throats due to the Truth Artifact, Captain Kirk decides to head back to the dead planet it came from to find answers before it’s too late. Meanwhile, Uhura has found that the artifact allows her to communicate with their Tholian passenger. The final voyages of the five-year mission continue here!” 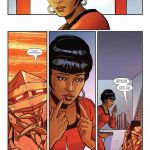 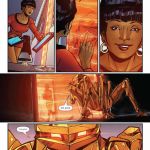 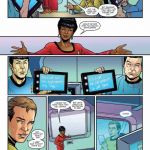