Each of the figures includes fourteen points of articulation and real clothing. Fans can purchase any of the characters individually, or get a set of all three.

Mego Museum released several photos of the Khan figure, which can be seen on the banner photo of this article, and by clicking the thumbnails below.

Expect to see these figures in September. To pre-order the full set, which will cost $49.99, head to the link located here. 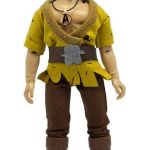 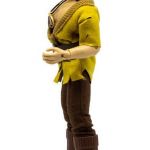 More information on the other two figures and individual pricing will be provided when that information is released.