For the documentary backers, expect your DVD/Blu-ray combo pack in early July. And yes, this will include *all* international shipments. The release will come approximately one month before the commercial North American release on August 6th.

The regular release (DVD, Blu-ray) will be on August 6 in the U.S. and Canada only. A special Blu-ray release from Shout! Factory will also debut in the U.S. and Canada, and will include an extra disc that has two specials not available in the regular release. One of those specials is an extended version of one including in the backer’s version, but  sorry project backers, you’ve been screwed. To get that extended version, you have to pony up an extra $29.99 for the special Blu-ray release. (Can you tell I’m not happy about this after being a backer?)

Anyhow – here are the details for all of the releases:

Backer Release Version. Backers will receive one standard DVD and one Blu-ray disc in each set. This release is region-free so those outside of North America will get this. Included is: 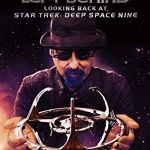 OK, how about the regular August 6 release from Shout! Factory? You get: 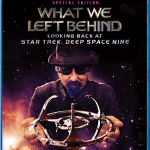 Shout! Factory has also produced a Special Edition Blu-Ray set. It includes everything on the standard Blu-ray release plus a second disc that includes:

This is the only disc set with the longer Roundtable Look.

To pre-order the regular Blu-ray release, head to the link located here. It sells for $21.61 at Amazon. The DVD release is on the same page and will cost $16.87 at Amazon.

The Shout! Factory Special Edition What We Left Behind Blu-ray Set can be found here, where it will cost $29.95.

Finally, good news for select Europeans wanting to see the documentary. On Wednesday, June 26, there will be theatrical screenings in the UK, Ireland, and Germany.

Topics: Blu-Ray, DVD, What We Left Behind

What do you think? Chat with other fans in the Star Trek: Deep Space nine forum at The Trek BBS.