Two new IDW Publishing Star Trek comics will arrive tomorrow, but fans can have a sneak peek of the issues today.

In Year Five #1, “The crew of the U.S.S. Enterprise left Earth four years ago. They’ve traveled to strange new worlds, defeated impossible foes, and made universe-changing decisions. But now, with the end in sight, they’ll have to face their biggest challenge yet. Step aboard the Enterprise with Kirk, Spock, Bones, Uhura, Sulu, Scotty, and Chekov as they begin the end of their original Five Year Mission and boldly go into an uncertain future in this new continuing Star Trek series!”

Written by Jackson Lanzing and Collin Kelly, Year Five #1 features art by Stephen Thompson, and covers by Greg Hildebrandt. The thirty-two page issue will sell for $3.99. 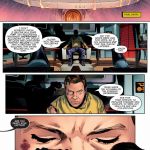 Next up is Star Trek: Waypoint Special 2019. In this issue, the “anthology series celebrating fifty-plus years of Star Trek continues in this new oversized special. Featuring four all-new tales written and drawn by some of today’s top creators, this new installment of the hit Waypoint Special will revisit fan-favorite characters all across the Star Trek universe.”

The forty-eight page issue will sell for $7.99. 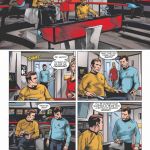 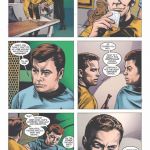