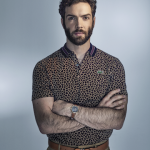 “The dashing Ethan Peck’s cover shoot was photographed by Matthias Clamer in a studio in New York City’s Chelsea neighborhood. He was styled by Watch! style director Sasha Charnin Morrison. Despite being the grandson of the legendary Gregory Peck and having worked steadily since the age of nine, Peck tells writer Sara Vilkomerson that he had been contemplating changing careers shortly before being cast as the most famous Vulcan of all – Spock.

“In addition to talking about his childhood and his early start in the industry, the pressure of playing an iconic character like Spock, meeting the late Leonard Nimoy‘s family as part of his research for the role, and how it felt to be in the Spock makeup for the first time, Peck relays why the show seems aspirational to him: “I feel like what’s going on in the world right now – the news, the media, the stories of hatred versus love – it’s so polarizing…This show feels like the perfect antidote to that. It’s this vision of a welcoming and loving future where there’s acceptance and unity. It’s where diversity is second nature and acceptance is first, and we’re all searching for a better way to live unified.”

Enjoy the exclusive photos posted by Watch! below.

Also, a video of the photo shoot with Peck is available over at StarTrek.com. 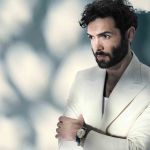 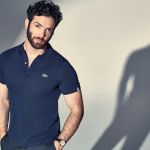 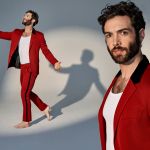