For a long time, Trek fans have tried to figure out who played Isis, the woman/cat shapeshifter who appeared in the original series episode Assignment: Earth.

The mystery was solved by Roddenberry Entertainment, and today’s Larry Nemecek‘s The Trek Files podcast features and interview with April Tatro, who played the human Isis.

Assignment: Earth was conceived as a pilot for a new series featuring Gary Seven, a human time-traveler, who along with his cat Isis sought to keep Earth from destroying itself via war. We never got that series, but the episode was shown in syndication and viewers have wondered ever since who played the woman part of the shapeshifting alien.

Over the years, fans have tried to figure out who played Isis. While the name of the cat was known, no one knew who played human Isis. For a while, Victoria Vetri was thought to have been the actress, but last year, she denied having played the role.

Tatro spoke on the podcast about trying to break into Hollywood, being hired, her costume and make-up, and being asked out by William Shatner.

“Well, Bill Shatner asked me out,” she said. “I think that it was…he asked me to lunch. And I was actually engaged to get married. I was going to get married two weeks after that. And I thought ‘well it won’t really hurt anything to go to lunch. You know – I mean – I’ll just go to lunch.’ So I went to lunch and he was so charming and so polite. And he was just really good-looking.”

Tatro married as planned and Shatner called her house one day when she was absent and her husband answered. When Shatner found out Tatro was married, he hung up the phone. Tatro was embarrassed when she found out that he had called and found out that she was now married as she didn’t want Shatner to think that she had been married when she accepted the lunch date. Fortunately for her, a chance meeting later gave her the chance to explain and apologize.

Click on the thumbnails to see larger-sized photos of the documents found by The Trek Files. To listen to the podcast, which airs weekly, head to the link located here. 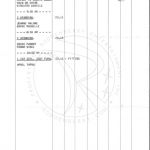 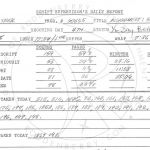 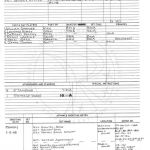 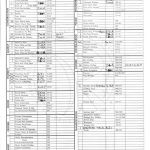 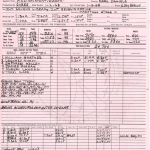 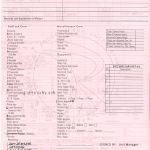 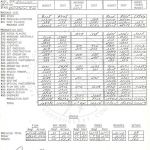