Looney Labs showed some of their Star Trek games at this year’s ToyFair 2019 and one of the games is still “in the works.”

TrekCore had representatives at the show to cover any Star Trek toy news, and today they shared photos and information about the two games. One is Star Trek: Deep Space Nine Fluxx, and the other comes from Looney Labs Chrononauts games and is called ChronoTrek.

Star Trek: Deep Space Nine Fluxx is due out later this spring. Some of the photos taken at ToyFair 2019 are below. Voyager fans should note that a Star Trek: Voyager version of the game is being planned for 2020. TrekToday will provide more details as they become available. 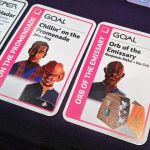 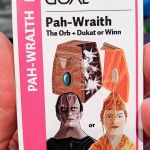 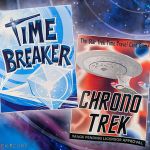 Looney Labs describes ChronoTrek as “a time-travel game similar to Chrononauts but set in the Star Trek universe [where] each player becomes a Star Trek character with a unique identity and a secret mission.

“During the game, players travel backwards and forwards through history, doing all those things people have always dreamed of using time travel to do: Visiting the great moments of the past, peeking into the future, collecting up artifacts, coming to grips with the paradoxes of time travel, and of course, changing pivotal events and altering the course of history itself.

“Explore the history (and alternate history!) of the entire Star Trek universe in this version of Chrononauts. Try to alter history to restore your specific timeline! Maybe you need to ensure that the Federation gets founded, or just retrieve the Orb of Time and some tea. Earl Grey. Hot.”

ChronoTrek is expected by August, just in time for Star Trek Las Vegas, which takes place that month.