Tomorrow, two IDW Publishing Star Trek comics will arrive, but readers get a sneak peek at the issues today.

The comics include Star Trek VS. Transformers #5 and Star Trek: The Q Conflict #2. 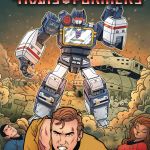 The description of the Star Trek vs. Transformers crossover comic is as follows. “The stunning conclusion! As the Klingon-Decepticon alliance prepares to wipe out their enemies once and for all, Kirk and the Autobots make one last desperate bid to merge Cybertronian technology with Starfleet ingenuity.”

Written by John Barber and Mike Johnson, and featuring art by Philip Murphy and covers by Murphy and Chris Panda, the thirty-two page issue will sell for $3.99. 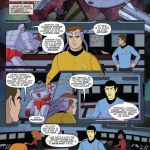 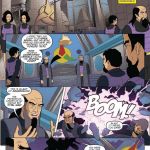 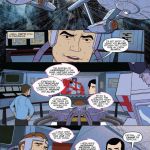 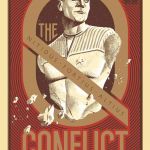 Written by Scott and David Tipton, with art by David Messina, and covers by Messina and George Caltsoudas, the thirty-two page issue will sell for $3.99. 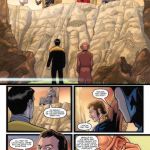 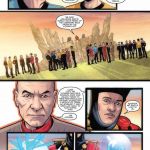 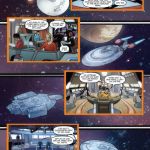