Behind-The-Scenes On Discovery’s The Sound Of Thunder

When it came to writing The Sound of Thunder, the Discovery writers told StarTrek.com that they wanted to delve into the relationship between the Kelpiens and the Ba’ul. “We wanted to build out a dynamic between the Kelpiens and the Ba’ul that was much more complex than simply prey and predator. Saru is obviously far too intelligent to just be mindless cattle. But we also wanted to find ways to portray how intelligent beings can become trapped in these situations, when a species is pre-warp not just because they are ‘primitive’ as a culture. More than that, we wanted to create a scenario where our own, human understanding of right and wrong, of what is acceptable, is not a given. So, what if Saru’s people didn’t just accept the fact that they are prey – what if they themselves facilitated it?

“We often imagined Saru as the Galileo of his people. He was able to take a step back from all the ingrained beliefs his people had, in order to see things from a new perspective

“But what happens if the Galileo of your people was taken away by advanced aliens who show him a whole universe beyond what he knew. And then he returns to his home planet with his eyes fully opened to the systemic oppression that’s going on there, and the means to do something about it? This of course brings us back to one of Starfleet’s most famous rules: the Prime Directive, or General Order One.”

Below is some of the concept art and behind-the-scenes photos for the show. Click on thumbnails for larger photos.

The Ba’ul monolith. “One of my personal favorites,” said Kim.

Private reading of the next scene. 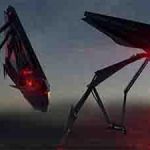 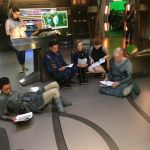 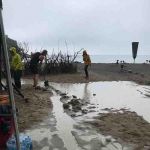 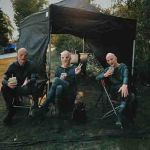 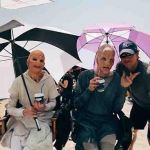 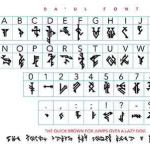 More photos can be found at the referring site.