Two Star Trek comics will debut tomorrow, but fans can have a sneak peek at the issues today.

In Star Trek: IDW 20/20, “Twenty years before he took command of the U.S.S. Enterprise-D, Jean-Luc Picard sat in the captain’s chair of the U.S.S. Stargazer. Picard served with distinction aboard the Stargazer for many years on his way to becoming the most respected captain in Starfleet. But in this early mission, Picard showed that even he is merely a man.”

The thirty-two page issue will sell for $3.99

Click thumbnails for larger images. More preview pages can be found at the referring site. 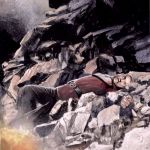 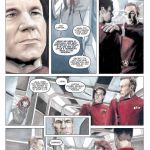 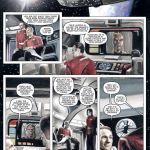 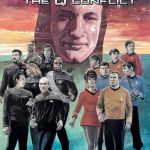 Next up is Star Trek: The Q Conflict #1. In The Q Conflict #1, “When a dispute between godlike beings threatens the galaxy, it will take all of Starfleet’s best captains to stop them. Join James T. Kirk, Jean-Luc Picard, Kathryn Janeway, and Benjamin Sisko as they go head-to-head in a competition that will determine the fate of the Earth and beyond. Will they be able to emerge victorious, or will they be torn apart by The Q Conflict? A soon-to-be-classic six-part miniseries begins here!” 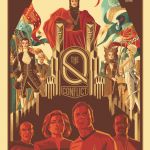 Written by Scott and David Tipton, and featuring art by David Messina and covers by Messina, George Caltsoudas, and J.K. Woodward, Star Trek: The Q Conflict #1 will be thirty-two pages in length and cost $3.99.

Click thumbnails for larger images. More preview pages can be found at the referring site. 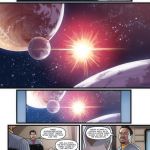 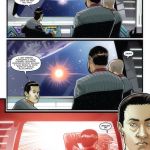 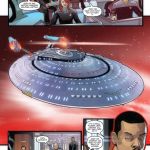