A unique futuristic house in Malibu that was used in a Star Trek: The Next Generation episode is for sale at a cost of $5.7 million.

The house was seen in the third season episode The Survivors. In this episode, the Enterprise-D arrives at a Federation colony where all but two of the eleven thousand inhabitants have been killed by an alien attacker. Only the elderly Kevin and Rishon Uxbridge (John Anderson, Anne Haney) seem to have survived the attack and all the couple wants is to be left alone.

Set on a two acre lot, the house was designed by architect Ellis Gelman, and it looks out to the Pacific Ocean.

Below are some thumbnails. The first three show the house as it is today and the last three show scenes from The Survivors. More modern images can be found at the referring site. 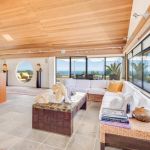 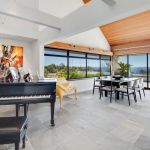 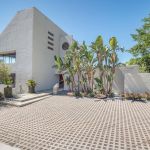 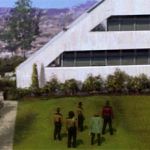 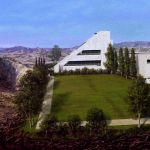 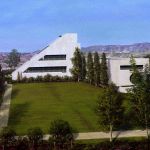