STO: House Shattered For PS4 And Xbox One

Star Trek: Discovery – What To Expect Next Season

IDW Publishing‘s Star Trek vs. Transformers #1 comes out tomorrow, but fans can have a sneak peek today.

In this issue, “The Transformers ’80s cartoon series meets Star Trek: The Animated Series in a no-holds-barred Saturday morning mash-up for the ages! At the edge of Klingon space, the starship Enterprise finds there’s more to the final frontier than meets the eye, when Kirk and his crew come face to face with the strangest life forms of all: Cybertronians! This unprecedented crossover brings together two of the greatest science fiction universes of all time-in the style of their classic animated series! A five-year mission meets a four-million-year war!”

Written by John Barber and Mike Johnson, and featuring art and covers by Philip Murphy, Star Trek vs. Transformers #1 is thirty-two pages in length, and will cost $3.99.

Click on thumbnails to see previews. More previews can be seen at the referring site. 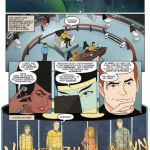 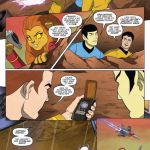 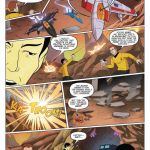 Coutts On Landing The Detmer Role