A Spock Next Generation Episode That Might Have Been

Back when stories were being created for the second season of Star Trek: The Next Generation, the producers of the show wanted to bring in Leonard Nimoy as Spock to increase viewership. We did see him later in the Unification two-part episode (and also in two of the Abrams-Trek movies) but in the summer of 1988 a script was written for Nimoy that featured Spock in a sequel to the original series’ City on the Edge of Forever episode. 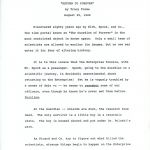 In Return To Forever, written by Tracy Torme (TNG: The Big Goodbye, Sliders), Spock returns via the Enterprise-D to the Guardian of Forever on a scientific mission. He is “vaguely troubled by a sense of déjà vu – he seems to remember some of [the Next Generation] officers, even though he never met them before.”

They arrive on the planet to find a dead research team and a catatonic little boy. This strange boy is causing death and destruction wherever he goes. If that wasn’t enough, when they return to the ship, Spock is later found in his quarters in some sort of coma, and only young Spock, who arrived through the Guardian’s portal, can save the Enterprise-D and restore older Spock to consciousness again.

Have a read of the four pages provided (click on the thumbnails including the one above. I must admit, I’d have rather seen this than Unification. 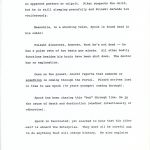 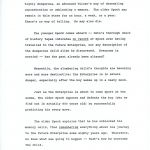 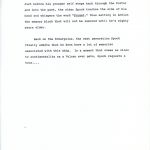 A personal note: Thanks to all who inquired as to my well-being during and after Hurricane Florence. Fortunately, the storm was not as bad in the Raleigh area as it was predicted to be, other than in flooding in places where it normally floods.

The southeastern part of the state didn’t fare as well though. Keep them in your thoughts and prayers please, and if you can help them in any way, please do so.

Topics: City on the Edge of Forever, Nimoy, Spock