A new book, featuring the art of Star Trek artist John Eaves will come out October 23, but fans can have a sneak peek at the book now.

Eaves has worked on Star Trek all the way back to 1989’s Star Trek V: The Final Frontier and continuing through today’s Star Trek: Discovery.

Author Joe Nazzaro (Star Trek Beyond – The Makeup Artistry of Joel Harlow) and Eaves worked together on The Art of John Eaves which will be published by Titan Books.

“We originally talked about a Star Trek: Discovery-only book, but quickly realized there was no point in limiting ourselves when there was so much ground to cover,” said Nazzaro. “So we’ll be exploring everything, as John says, from Star Trek V to Discovery and everything in-between.

“That includes the TNG movies, DS9, Enterprise, the Kelvin/Abrams-verse films and a bunch of other interesting extras that I don’t want to give away just yet. That’s basically three decades of work, so there will be a lot of stuff in this book.” 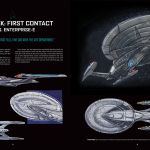 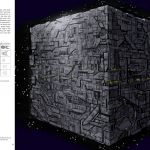 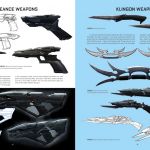