Images from the third and fourth issues of the Eaglemoss Discovery Starships Collection have been released.

The third ship will be the Shepard Class USS Kerala NCC-1255. This ship took part in the Battle of the Binary Stars in 2256. 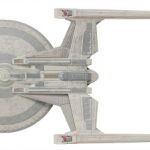 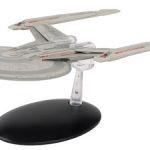 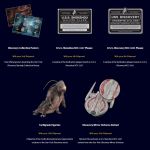 The fourth ship will delight Klingon fans, as it is a Klingon Bird-of-Prey. The detailing on this ship is exquisite and truly does look like a real bird of prey. 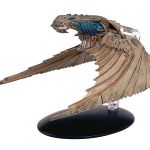 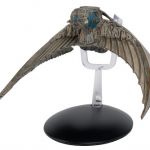 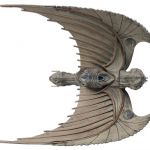 Finally, a photo of the bonus items from Eaglemoss, which will be sent roughly every fourth shipment, can be seen in the cover photo and in a thumbnail above. The items include:

US fans can get more information and begin their collection by heading to the site, located here.