Two new comics come out tomorrow, but fans can have a sneak peek of the issues today.

The issues include Star Trek: Discovery: The Light of Kahless #4, and Star Trek: The Next Generation: Through The Mirror #5.

In Star Trek: Discovery: The Light of Kahless #4, “The tie-in series to the blockbuster new show concludes! The Klingon leader T’Kuvma embraces his destiny and fights to unite the many Houses of the Klingon Empire… ultimately leading to epic conflict with the Federation!” 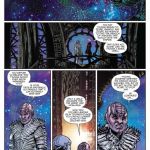 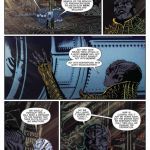 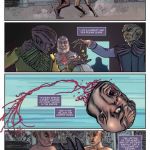 Next up is Star Trek: The Next Generation: Through the Mirror #5. In this issue, “Can Captain Picard prevent his Mirror counterpart’s plans for galactic conquest? It’s the explosive finale to Through the Mirror!”

Written by Scott and David Tipton, and featuring art by J.K. Woodward; the thirty-two page issue will sell for $3.99. Look for covers by Woodward, Debora Carita, and Peter McKinstry. 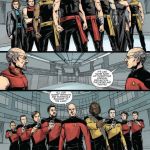 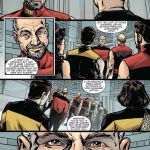 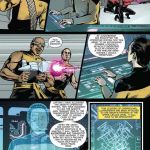 Quinto To Appear On Tony Awards