IDW Publishing will release two Trek-themed comics tomorrow, but fans can have a sneak peek of the issues now.

Star Trek: Boldly Go #18 features “I.D.I.C. Part 6 of 6! It’s the series finale of Star Trek: Boldly Go, and the climactic final chapter of the epic I.D.I.C. saga! James Tiberius Kirk faces the greatest challenge of his life… and the fate of infinite realities hangs in the balance!” 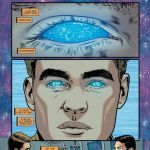 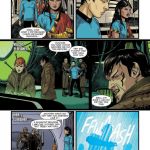 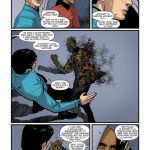 Star Trek: Discovery Succession #1 is “the second Discovery miniseries from IDW Publishing.” In this issue, “your favorite characters from the hit CBS All Access series dive into an adventure tied directly into the second half of the first season!”

Written by Kirsten Beyer and Mike Johnson, Succession #1 features art by Angel Hernandez, and a cover by Hernandez and George Caltsoudas.

Click on thumbnails to see larger photos. More preview pages can be found at the referring sites. 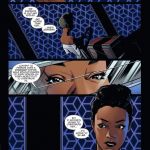 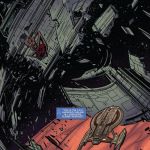 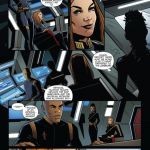 Pegg On Another Star Trek Movie